What is the class basis of the current crisis in the South African state and in the ANC?

We, the National Union of Metalworkers of South Africa (NUMSA) are not surprised by the recent political events which have dominated our nation. At our 10th National Congress in December last year, we predicted that the crisis in the Black African Capitalist class is bound to worsen.

The South African Federation of Trade Unions (SAFTU) is alarmed at continued reports that President Zuma is trying to dismiss Finance Minister, Pravin Gordhan, and his deputy, Mcebisi Jonas, on the basis of yet another “intelligence report” from anonymous sources alleging that the minister is at the centre of a plot, Operation Checkmate, to overthrow the state and were using their overseas road show to turn international bankers against the South African government.

I, Mpho Masemola, was yesterday (Tuesday 14 March) denied entry to Palestine by the Israeli Apartheid regime. As a former anti-apartheid political prisoner and the National Secretary of South Africa’s Ex-Political Prisoners Association (EPPA) this was a huge insult.

This Friday 10th of March at 11 am, the progressive movement of Grooms will hold action at the Turffontein Race course. The workers oppose how Phumelela Gaming and Leisure is dividing workers using their nationality. We are writing to you because we are concerned that xenophobia is rearing its ugly head again in South Africa. In our recent meetings we have been getting reports from various community organisations and civics which suggest this. There does not seem to be any threat of violence yet, but we all know how quickly these things can escalate. We are worried that public figures such as the Mayor of Johannesburg Herman Mashaba have made some xenophobic statements against “illegal foreigners” who hijack buildings in the city. Most seriously, an organisation in Mamelodi is trying to organise a march against “foreigners” in the community – blaming them for the structural unemployment crisis, suggesting that South Africa shouldn’t give refuge to refugees, accusing migrants of drugging women and selling them as sex slaves. What is most worrying is that this organisation has been contacting other areas such Alexandra in an attempt to spread their xenophobic ideas.

In December a fact-finding mission by a civil society delegation from Tanzania, visited the Kayelekera uranium mining complex in northern Malawi. They were arrested on 22nd as “Tanzanian spies”, and have been jailed ever since. The accusations have ranged from trespass to being members of a foreign organisation. Their case was due to be reviewed on 4 January, but they remain in Mzuzu jail in Malawi over six weeks later. The delegation included Caritas workers as well as local farmers from the area where uranium is likely to be prospected in southern Tanzania. 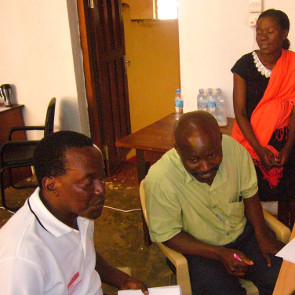 Today the Department of Mineral Resources (DMR) called “Xholobeni stakeholders” to a meeting at Wild Coast Sun Casino. An unclear invitation said the meeting was “a result of the imbizo at Xholobeni”. This was the meeting 19 July that ended in chaos, when the Dep Police Minister Ms Sotyu and Dep Minister of Mining, Mr Oliphant promoted the mining application instead of engaging in how to stop violent attacks against the coastal Amadiba Community that says no to mining  .

This critique is offered for the union ahead of its next national congress in December 2016 as food for thought towards unlocking NUMSA’s historical task that present possibilities for unifying the working class in struggle, increasing its confidence and steering us towards socialist revolution.

In an interview last year, Floyd Shivambu, the EFF’s Deputy President, had this to say in response to NUMSA’s reluctance to build unity with them,[i] “What we know is that efforts to start a rival socialist or workers’ party will dwindle into insignificance and will not benefit the working class and workers whom our ideological allies claim to represent.” It has been three years since the historic NUMSA moment and it appears that the EFF leader’s claim is true. For three years we have not seen any significant mass campaigns or struggles led by NUMSA, let alone grassroots mass democratic organisations emerging that have captured working class interests. What are we to make of this?